My English is not very good, but at least I will write an article every two weeks with matters of simple understanding. Much of the text was translated or collected through conversations with professionals, with the help of a good translator and goodwill, I wrote this article.

The fuel injection system, whether or multipoint Monopoint, is a equipment that requires a lot of care during your upkeep. Any carelessness can damage some permanently.

Whether it’s single-point systems or multi-point, the nozzles dosam the amount of fuel delivered to the engine by the time they are open. The injection valves are actuated electromagnetically opening and closing by means of electrical impulses from the control unit. When and how long it should stay open these valves depends on a series of measurements made by various sensors distributed throughout the vehicle. Thus, not only the sensor in the throttle body and lambda probe that determine how much fuel should be released more or less, but also the following items:

CENTRAL INJECTION UNIT – Also called “throttle body” encompasses various components and sensors. Mounted in the intake manifold, it feeds the engine cylinders. In the central unit injection are the injection valve, the throttle pot, the idle actuator, the throttle sensor and air temperature.

LAMBDA PROBE – Acts as an electronic nose. The oxygen sensor will mount in the engine exhaust pipe in a place where it reaches a temperature required for its operations in all regimes of engine operation. The oxygen sensor is in contact with the exhaust, so that one party is constantly exposed to CO gas and another part of the lambda probe is in contact with the outside air. If the amount of oxygen is not ideal in both parties, it generates a tension that will serve as a signal to the control unit. Through this signal sent by the lambda probe, the control unit can vary the amount of fuel injected.

SENSOR PRESSURE – The pressure sensors have different applications. Measure the absolute pressure in the suction pipe (collector) and inform the control unit where the suction and pressure conditions the engine is running to receive the exact volume of fuel.

MASS AIR METER – The air mass meter is installed between the air filter and the throttle and has the function to measure the air flow aspirated. Through this information, the control unit calculates the exact amount of fuel for different engine operating conditions.

AIR FLOW METER – is responsible for informing the control unit the quantity and temperature of incoming air, so that such information may influence the amount of fuel spray. Measuring the amount of air admitted is based on measuring the force produced by the flow of intake air, which acts on the vane meter sensor against the force of a spring. A pot transforms the different positions of the reed sensor on an electrical voltage, which is sent as a signal to the control unit. Housed in the housing of the flow meter of air is also an air temperature sensor, which should inform the control unit the temperature of incoming air during suction, so that this information will also influence the amount of fuel to be injected.

THE IDLE ACTUATOR – Actuator runs idle function is to ensure a stable idle, not only warming up, but in all possible operating conditions in the system of the vehicle idling. The idle actuator has built two coils (magnets) and an armature, which is attached a rotating vane which controls a “bypass” air. Controlled by the control unit, are the different positions of the induced, together with the rotating blade, which allow a variable amount of air in the suction line. The variation in the amount of air is determined by the momentary operating conditions of the engine, where the control unit through the system sensors, obtains such operational information, thus controlling the idle actuator.

TEMPERATURE SENSOR – Determines the achievement of optimal operating temperature and corrects the mixture sent to the motor.

ENGINE SPEED SENSOR – This sensor determines the speed that the motor operates instantly. Among other reasons, this reading is usually crossed with electronic accelerator to determine the “will” of the driver and dose the required quantity of mixture, according to the torque and power curves of the ideal motor.
Thanks

2 thoughts on “Care of the electronic injection system” 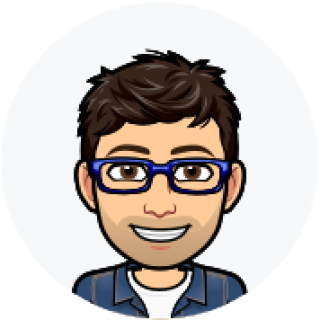